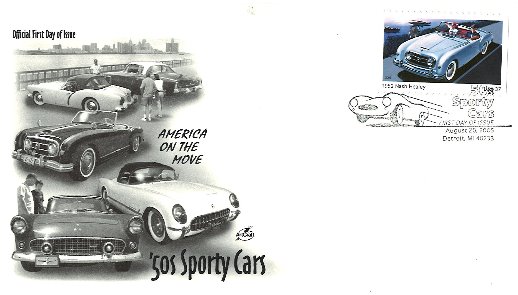 Depending on the source, the story behind the Nash Healey varies a bit. This is the short version:

Reason enough for Donald Healey to send his son Geoffrey to the US to sort things out. he was following shortly after Geofferys departure. During the trip to America, on board of the Queen Elizabeth, he accidently met George W. Mason. Mason, the CEO of Nash Kelvinator. Both gentlemen shared a passion for photography and Mason was using a state of the art stereo/dual lens camera so a topic for a nice conversation was given.

After getting to know each other a bit better Healey shared the reason for his US trip with Mason. He did not really share Healeys optimism and told him, in case Cadillac would not agree to a deal, he would be willing to discuss options with Healey. He even invited Healey to visit him at home during his stay in America.

Obviously Healey was not successful in closing a deal with Cadillac, so he took the chance to meet again with Mason to discuss the options. So the plan to develop and build a sportscar for Nash was developed. Nash would supply the drivetrain, engine, gearbox and rear axle, while Healey would built the frame (modified Silverstone) and the rolling chassis for the car. In 1951, the bodies have been handbuilt at Panelcraft in England, from 1952 on, with the attempt to harmonize the design between the Nash Healey and other Nash models, Pininfarina in Italy got the contract to build the bodies and finally assemble the cars.

Unfortunately the Nash Healey became a quite expensive car at that time. Shipping components from the US to England, shipping the rolling chassis to Italy and finally the car back to the US was a quite expensive undertaking. Selling for close to $ 6.000,-, compared to a 1953 Corvette selling for approx. $ 3.500,-, this war was really a car for the celebrities.

I would consider the Nash Healey being the only true sportscar within the group of the "50s Sporty Cars". Special race cars have been developed to participate the Mille Miglia and the Le Mans race, but the base of the race-engine always has been the Nash Dual Jetfire engine as it was used in all Nash Healeys.

This is the race history:

1950: Le Mans, finished 4th overall, even with an accident repair that probably cost the lead

1951: Le Mans, finished 6th overall with an rebodied Coupe, no problems at all

1952: Mille Miglia, severe damage to the car after an accident in the rain, not finished (drivers Donald and Geoff Healey)

1952: Le Mans, with a new car that was built in a hurry (legend says two weeks), they finished 3rd overall

Production numbers totalled up to something between 510-520, while most of those have been the ones with the Pininfarina bodies. Only 104 pcs. of the 1951 Panelcraft models have been built, approx. 250 Pininfarina 1952/53 roadsters and approx. 140 Pinifarina 1953/54 coupes. It was said that Nash was losing a lot of money on each car, so production was stopped in 1954.