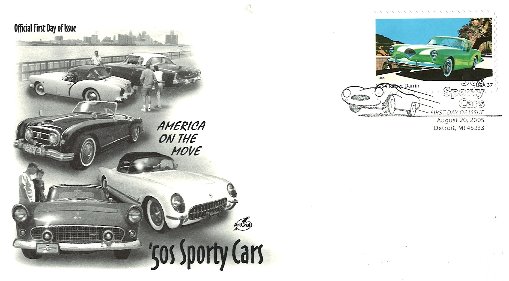 Lets start with Henry J. Kaiser, probably one of the most successful business men of his time. Starting with a cement business, he made his fortune in the construction industry. Over the years, he entered into more and more industries and held at one point of time a conglomerate of more than 100 companies. He was well known for his engagement in the shipbuilding industry, building about 1500 ships during World War II.

Having a vision about peoples needs after WW II, he considered in 1942 already to enter the automotive industry. Finally he partnered with Joseph W. Frazer (ex GM) and formed the Kaiser-Frazer Corporation in 1945. The start into the automotive world was promising, not only for Kaiser-Frazer. While the big three from Detroit, GM, Ford and Chrysler, did not introduce new models during WW II times, the new players in the market, like Kaiser, offered a real attractive product to their customers. But soon after the war, the big three would show their strength and come up with new developed cars and try to outbid the new players...

Howard "Dutch" Darrin was a coachbilder and designer who started his career in Paris in 1923 already. He returned to the US finally in 1937 and started to design automobiles for manufacturers like Packard.

The stormy relationship with Kaiser begun in 1945 when Darrin worked as a consultant for Kaiser-Frazer and was in charge for the design of the 1947 model. Anyway, Darrin was unhappy because usually his designs have been altered too much (in his opinion). So he finally left Kaiser in 1949 but came back after two years to work on the 1951 designs.

Kaiser developed an compact, affordable car, called the "Henry J." Darrin didn´t like the design, but had the idea to use the "Henry J" frame to built a two seater sportscar. On his own expense and without knowledge of Kaiser, he started with this project. Darrin decided to use glassfiber instead of steel for the body and realized the car with sliding doors (he held the patent on those doors for years already).

Once the first prototype was finished, he invited Kaiser to see the car. Kaiser was not pleased to see a car, he didn´t know anything about. His comment: "We are not in the business selling sportscars". Luckily Kaiser´s wife, who accompanied him that day, made the deciding comment. She said "This is the most beautiful thing I have ever seen....". This changed his mind (happy wife, happy life!) and Kaiser gave green light for the project.

Beside the sliding doors and the fiberglass body there was a third feature on the car that made it unique. The soft top was designed as a so called "Landaulet" style top. The car could be driven with open top, closed top and Landaulet style which is so to say half open. (loos like a Porsche Targa top then)

The Darrin with his glassfiber body has been introduced to the public in 1953 already, so Kaiser was slightly faster than  Chevrolet who offered a fiberglass bodied car as well, the Corvette. For this reason, the Kaiser Darrin is considered being the first fiberglass production car.

The engine that was used in the Kaiser Darrin came from Willis (also part of the Kaiser group and famous for their Jeep).         The 2,6 ltr. (161 cui) inline 6 cylinder Hurricane engine developed 90 hp, the car came with a three speed plus oberdrive gearbox.